EXFO has expanded the number of plug-in modules for their next-generation test platform, the LTB-8. This compact unit, equipped with an ultra-powerful processor and highly intuitive interface, gives the lab user an optimised instrument to run dedicated test applications simply and efficiently for technologies such as Ethernet, OTN, Fibre Channel, SONET/SDH and more. 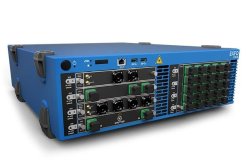 An upgrade path for existing users of the IQS-600 modular test platform, enabling migration from the old to the new, has been mapped out by EXFO so please contact us for details and trade-in offers.

This site uses Akismet to reduce spam. Learn how your comment data is processed.

Our highly qualified physicists, scientists and engineers can assist you with your product search or application. Many of the team have been with us for over ten years, bringing with them a huge amount of experience for you to tap into.